Already an established musician, weening his way through the industry over the years, writing music and jingles for TV and touring with some amazing artists, Michael Burrows is no stranger to the intracicies of the modern grind that is the music industries hamster wheel.

‘Please Don’t Cry’ the debut release from Burrows’ eases it’s way into your head and leaves a sound impression, similar to an inception as it entices the listener to go in for a second helping.

The single was taken from his upcoming debut EP ‘Turn this Love Around’, which bestowes upon his audience with that modern, quintessential folk/rock groove that is nothing short of a timeless storytelling classic.

The track itself has gone through a number of manifestations including a version recorded with Crowded House & Fleetwood Mac singer Neil Finn, soon to be released later this year.   Between Michael’s obvious raw talent and such truly amazing accompaniment, it’s no wonder it’s receiving the well deserved traction already racked up in the form of commercial and online publicity.

Blessed to be placed on the bill for Martha Wainwright’s run of solo shows across Australia, co-writing with Grammy-award winning artist Frank Myers who penned I Swear as well as having his EP produced by Jimmy Nichols(former musical director for Faith Hill and Reba McEntire) there isn’t much Michael hasn’t achieved.

But probably the most crucial aspect to his music is the story behind it.   Once describing his music as “A soundtrack to his life” the Melbourne based singer/songwriter explains that music can map your life like a mix-tape with the hopes to impose that same unrestrained emotion onto others.

In keeping with that signature Nashville charm, ‘Please Don’t Cry’  surrenders itself to an extremely broad audience and opens the doors to more than just country, more than just rock but sits harmoniously within the realms of commercial and the introspective.

Really looking forward to hearing more from Michael in the near future.

Taken from his Debut EP ‘Turn This Love Around’: 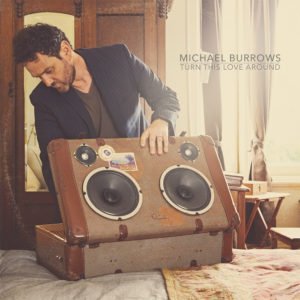